The Buffalo Community Orchestra (BCO) is pleased to announce that Hisham Bravo Groover has accepted the position of Music Director/Conductor starting with the 2019-2020 season. After several months and a very selective search process, Mr. Groover was selected from several very qualified applicants who interviewed with a conductor search committee and performed live auditions with the BCO. Mr. Groover is not only excited to join the BCO, but he is tremendously enthusiastic about making high-quality music along with encouraging and nurturing the bond between BCO and the community. He is eager to assist with the BCO’s mission in providing its musicians and audiences with meaningful concert programs as well as with genuine community engagement.

Mr. Groover will be moving from Denver to the twin cities this summer and is already preparing for the coming season. Originally from Querétaro, México, he moved to the U.S. at a young age and grew up in Las Vegas, NV until he left to pursue his education. In his spare time, he enjoys attending concerts and performing chamber music as a violinist. The BCO and the community are very fortunate to have such a qualified, dynamic Music Director/Conductor who will be adding to the aesthetic quality of life in our region. 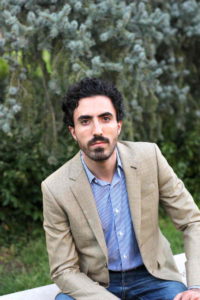