Buffalo Community Orchestra is celebrating its 25th year this October with its Brass Spectacular concert featuring the BCO Brass section, the BHS Jazz I ensemble, and special guests Bob Baca and Buffalo’s own Joyce Lyons. Ranging from the Renaissance era to contemporary Jazz, this concert has a variety of pieces sure to entertain music lovers of all types!

Joining the BCO as a special guest will be Robert (Bob) Baca, Professor of Trumpet and Director of Jazz Studies at the University of Wisconsin-Eau Claire. Mr. Baca has performed with ensembles such as the Milwaukee Symphony, the Minnesota Orchestra, as well as legendary singers Frank Sinatra and Tony Benett. He also directs the University of Wisconsin-Eau Claire Jazz Ensemble I, a two-time Grammy nominated group which holds the title of the first jazz ensemble to tour in China since they opened their borders to the western world.

Baca will be leading two workshops the day before the concert for local and high school musicians. The first will focus on jazz musicianship, and the second will focus on classical brass, a form started in the late Renaissance period that has continued to this day. Micah Kafka, a BHS senior in Jazz I, says “I’m excited for the jazz workshop with Bob Baca because he’s a lot more experienced than me in the ways of jazz, and every time we’ve worked with a guest musician, I’ve learned a lot.”
Joyce Lyons, jazz vocalist, will also be featured as a special guest artist on the jazz piece It’s Been a Long, Long Time. Joyce is a resident of Buffalo, Minnesota, but has spent over thirty years performing in New York. She is currently the vocalist for the West Metro Big band and is a board member of the Central Minnesota Arts board. This is not the first time she’s performed with Bob Baca. “We met several years ago through BCO member Kendall Kubasch and we actually did an impromptu performance that evening,” said Lyons.

In her time in New York, Joyce performed in cabaret, clubs, musical theater, and even stand-up comedy. “I haven’t sung this particular tune [It’s Been a Long, Long Time] before, but I have spent the majority of my career singing songs from the great American Songbook, and this fits right in.” Lyons has immersed herself into a variety of artistic mediums and genres. When asked to choose a favorite, Joyce said: “Hard to say what my favorite genre would be… I like all music. I thought musical theater was going to be it, and it was for a while, but I moved on and spent many years embracing the great composers. And then I steeped myself in the musical stylings of the great jazz vocalists. One can never stop learning. Jazz just seems to suit me.”

The Buffalo High School’s Jazz I ensemble will also perform with the BCO. Who better to perform alongside jazz veterans such as Baca and Lyons than the next generation of jazz artists? Jazz I is the top of three audition only jazz groups in the high school and is directed by Scott Rabehl. “We were so pleased to be asked to join the BCO and Bob Baca for this performance. The jazz experience at BHS is designed to provide both educational and performing opportunities for its students. Between rehearsing and performing with adult musicians, interacting the BCO strings, backing up world class jazz musicians such as Joyce Lyons and Bob Bacca, and jazz and brass Master Classes led by Mr. Baca, this will be a mountain top experience for BHS band students, “ Rabehl said.

Every piece in the program will highlight the brass, as hinted by the title of the concert. One such piece is Giovanni Gabrieli’s Canzon duodecimi toni, from Sacrae Symphoniae, the composition that made Giovanni’s name. The piece features a double brass choir, which meant that if played in a Renaissance church, the two ensembles would be separated by the audience and would perform music facing each other.

Bach’s famous Jesu, Joy of Man’s Desiring will also be performed, in an arrangement that features a trumpet solo performed by special guest Bob Baca. Following Jesu will be the first movement of Tchaikovsky’s Symphony No. 4, a piece composed during a period of great turmoil in Tchaikovsky’s personal life. The horns, woodwinds, and trumpets exemplify what he called “the fatal power which prevents one from attaining the goal of happiness” while the rest of the orchestra slowly joins the theme. After intermission, the BCO will perform Anton Bruckner’s Symphony No. 4, Movement Three. This piece features a hunting motive first introduced by the french horns and carried throughout the entire wind and brass sections.

The concert will close with a piece that was dedicated to and was commissioned by Doc Severinsen: Frank Proto’s A Carmen Fantasy for Trumpet and Orchestra. This piece is derived from Georges Bizet’s Carmen.
The concert schedule of events on Sunday, October 27th:
● 1:00 pm Conductor’s Chat with the BCO’s new conductor Hisham Bravo Groover
● 1:30 pm Bravo Strings of Montrose Showcase concert
● 2:00 pm BCO Concert begins
Tickets for the October 27th concert at the Buffalo High School Performing Arts Center are available now at Buffalo Books, online at bcomn.org, and at the door. Adults $15.00, Seniors $12.00. Students and children are free. Save $1.00 on a single ticket purchase when bought in advance. 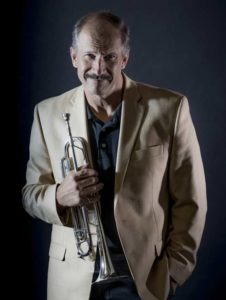 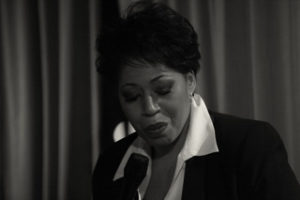